Some Things I Didn’t Accomplish in January (and February)

This post will be a little bit embarrassing, I think. At the start of the year I made a list of things that I wanted to accomplish in January, and now here we are at the end of February and I am going to tell you how I did. The fact that I’m a month late in writing this might be a good indication of how I’m going to do. So, here goes:

1. Get the kids signed up for the summer camps of their choice so that they are not all full by the time we get around to it.

Done done and done! I am particularly proud of this one because normally we leave this task so late that we don‘t get into their first choice of camps. This year though, they are each signed up for three great camps and they are thrilled about it. Tony and I are just a little bit over the moon too because one camp is a 7-day sleep away camp. Is it wrong that we feel positively giddy about this? I’m giving myself one mark for this one, even though it really deserves a 1.5 or even a 2. (1)

2. Sort out assorted paperwork that has been hanging over my head: passport, pension, RSP stuff to start with.

Passport and pension – Done. RSP stuff, nope. Am I the only person who becomes practically incapacitated at the thought of financial paperwork? (0.5)

3. Meet up with at least two people socially in January (this oughta be a breeze now).

Yes, done, though there are a number of people who I still have to meet up with and we just keep talking about it and never get to it. You know who you are! But I did have lovely meet-ups with S, J, E, G, S&T, K, A, K, D, and L. On top of this, I went to a social event that was way outside of my comfort zone, but I had a really good time anyway. It was the Yummy Mummy Club’s Winterlude spa day getaway. Yes, there are pictures even. Can you spot Erica Ehm? (1)

4. Sign up for the Ottawa Race Weekend Half Marathon, and the Riverkeeper Canoe Relay triathlon. Start training in earnest for them both.

We have signed up for the half marathon and training has been a bit slower than I liked, but I did run 15K yesterday, so not too bad. We still have to sign up for the triathlon, but this one doesn’t fill up, so we should be OK. (0.5)

I cannot believe I did not make soup in January and February. My life is too cushy with a husband who likes to cook. (0) 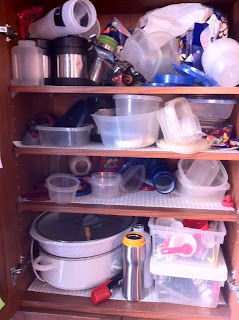 7. Invite people over for dinner. Somehow we always mean to do this, but never quite get around to it.

We did have family over, and we also had one nice dinner with a lovely couple here. I would really like to do this more often. (1)

Not done. But that means I succeeded on this one! (1)

And that gives me 5 out of 8 which is only just barely a pass.

I think I have a harder time getting things done in the winter than in the summer. My inclination is to hibernate at home, reading, writing and watching movies. I am really looking forward to spring now, as I find it usually helps to shake off some of this inertia that I feel, and brings a feeling of being more free and active. I never mind the muckiness and muddiness of March. Bring it on because I’m ready.

I am an Ottawa area Mom, writer-want-to-be and coffee legend in the making.
View all posts by Finola →
This entry was posted in to do list. Bookmark the permalink.